No Kill Learning is excited to announce the premiere of the second in our "Boots on the Ground" mini-series, where we visit No Kill communities from across the USA to talk to the people in those communities who made No Kill happen. The Huntsville No Kill Story premieres on YouTube on Saturday, June 1 at 7 PM Central time (8PM Eastern, 6 PM Mountain and 5 PM Pacific). Those who have seen the first in the series, about the success in Lake County, Florida, may be surprised at so
Mike Fry

In 2008, the City of Huntsville, Alabama's animal control shelter destroyed more than 7,000 dogs and cats. Ten years later, in 2018, they euthanized only 300. Boots on the Ground, the second in our mini-series, tells the story from the perspective of the No Kill advocates there who made it happen. Premiere to be announced soon. Until then, you can watch the trailer below. #bootsontheground #huntsville #NoKill #video

Watch: Three Exciting No Kill Announcements in Under Three Minutes

Three exciting announcements from No Kill Learning: 1) Update from Boots on the Ground Mini Series; 2) Deep Dive into Minneapolis Animal Care and Control Euthanasia records; 3) No Kill by 2025 - is it real for make-believe? Watch the video above to learn more. #nokillby2025 #MinneapolisAnimalCareandControl #bootsontheground #transparency 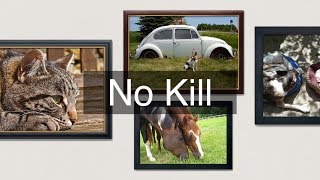 No Kill Learning Excited for 2019

At No Kill Learning, we are as excited about the coming of 2019 as a happy dog in a doggie play group. We have some exciting projects in the works. Mike Fry talks a little about them in the video above. 2019, you can't get here fast enough! #video #bootsontheground