More than a Decade After Hurricane Katrina, "Rescued" Animals Still Not Safe

Today marks the 11 year anniversary of Hurricane Katrina striking New Orleans. And, as I type this, another flood of epic proportion has left people and animals in Louisiana in desperate need. While some things have changed in the animal welfare system, one thing remains the same: Not all of the "rescuers" should be trusted.

Profiteering During other Disasters

The first time I learned about disaster profiteering was actually in another disaster sixteen years prior to Katrina. The year was 1989 and the disaster was the Exxon Valdez Oil Spill, which released more than 10 million gallons of highly toxic crude oil into Prince William Sound, some of the most beautifully pristine waters on Earth. The devastation to wildlife and habitat was horrific and made even worse by people professing to be helping to deal with the aftermath.

I was volunteering at the Sea Otter Rescue Center in Seward Alaska, where leaders from around the globe came to get their pictures taken to demonstrate their compassion and concern for animals and the environment. The center hosted dignitaries, figure heads and policy makers. I even had the chance to meet Sam Skinner, Secretary of Transportation under George H. W. Bush.

In advance of Skinner's arrival to the otter center the place became its own sort of disaster. A team of PR experts and Secret Service agents swept the place, removing any signs or other materials that might possibly be offensive. A sign, for example, pointing to a bucket where feces-contaminated towels were to be dumped, and that read "Toxic Waste" had to be taken down. As did the volunteers favorite wall hanging: a beach towel - one of thousands of towels donated from around the world to help with the efforts - that depicted a cartoon drawing of a naked "Queen Thelma of Utkovia."

This photo opportunity, it seemed, was less about documenting the otter center and the work we were doing. It was mostly so that Skinner could get his picture taken talking to the volunteers to show how much he cared.

As annoying as that was, it was worse because the chaos created by this event put many of the otters into a panic. The otters were, after all, freshly caught wild animals, terrified of humans and were in a very strange and frightening situation. To help them adjust, the center was a quiet zone. Speaking above a whisper was not allowed. Calm, slow movements around the animals was required or they would become stressed and begin biting at the netting on their enclosures.

I don't know if the rules for being around the otters were never given to Skinner and his PR entourage or whether they simply disregarded the rules because they did not care. Either way, it was a bad day for the otters. Skinner spent a few minutes with the volunteers and got his picture taken before being whisked away via helicopter to an awaiting aircraft carrier. Mission accomplished. Photos of his sanitized visit appeared in newspapers the following day as proof that the George H. W. Bush administration was doing everything it could for the oil spill. It was all for show and no substance.

Skinner's management of the Sea Otter Rescue Center photo op was annoying. However, much of the behavior of others was much darker. For example, shortly after we arrived to volunteer at the Sea Otter Rescue Center, we discovered it wasn't really a rescue center at all. It was a huge research project funded by the oil industry in partnership with the captivity industry. Only about half of the oiled otters were being washed to have the toxic oil removed. Blood samples were being taken to check organ function in both the washed and unwashed otters.

To get the research done, they needed as many otters as possible. They decided to pay fisherman, whose boats were largely useless for fishing during the spill, for each oiled otter brought to the center. That created much opportunity for abuse. Some fishermen began catching unaffected otters and oiling them themselves in order to collect on the bounty. This was not subtle, because otters with different kinds of oil on them were admitted to the otter center.

The profiteering off the spill, and the otters specifically, was wide-spread and systemic, and included the agencies running the otter center itself. Three baby otters were deemed "abandoned" by their mothers and sold to marine aquariums to the tune of $50,000 each. While management insisted the pups had been abandoned, behavior records documented by volunteers showed the pups had been meticulously cared for by their mothers. They also documented the mothers clinging to their babies and screaming as they were being taken away. Additionally, medical evaluations of the otter pups showed them to be very healthy, fat and robust immediately after having been taken.

Profiteering off the Valdez oil spill took many other forms as well. Price-gouging, for example, was commonplace throughout southeast Alaska as people strove to get the most off of all of the people who came to help. 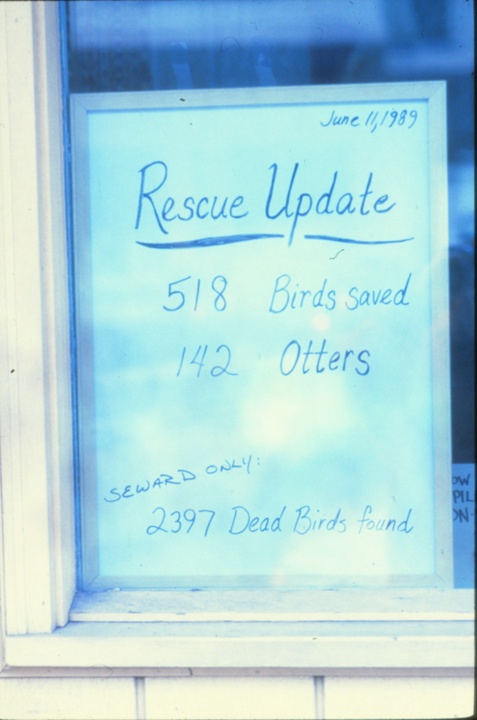 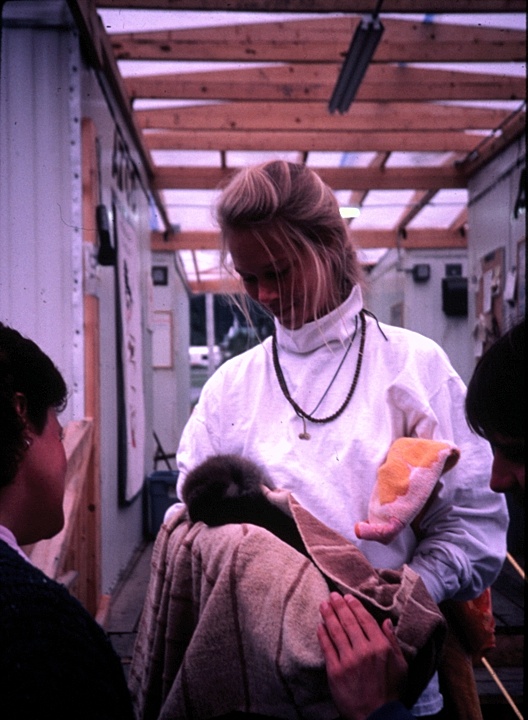 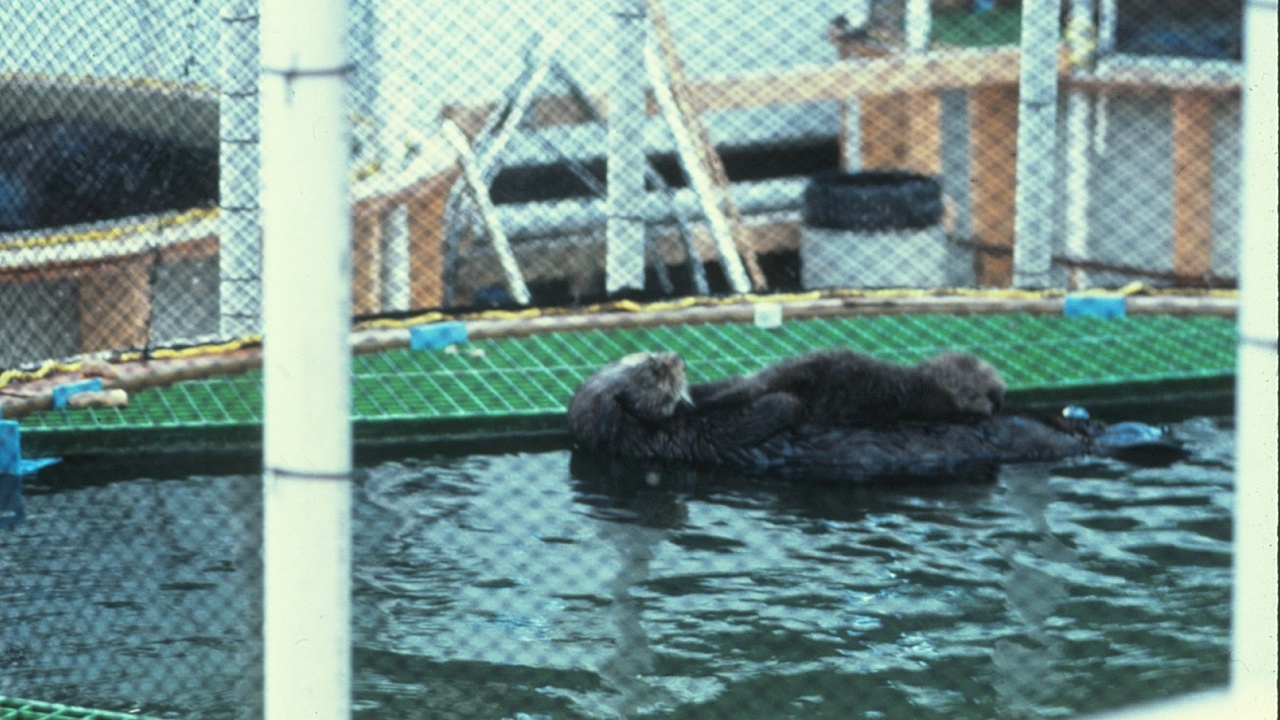 Given the general tendency of many or most people to try to leverage each situation to their own benefit and given my experiences at the Sea Otter Rescue Center, I was not shocked to see widespread profiteering by so-called "rescue" agencies in the aftermath of the Hurricane Katrina disaster. What did surprise me were the creative forms it took. There were shelters promoting "Katrina Survivor" adoption events with pets that were not rescued from Katrina. There were shelters who claimed to have Katrina rescue operations going on, when they didn't. Similar to my "Sam Skinner" experience at the otter center, there were national animal welfare agencies who clearly set up dramatic photo ops at strategic disaster sites so they could appear to be doing far more than they actually were.

A commonly reported scene as described by many in the affected area would go something like this:

We were there working to save pets from a newly flooded area. We would be tired, after having worked for hours or days. Suddenly a van or multiple vans would appear and a bunch of people wearing identical t-shirts boldly displaying the logo of a big, national organization would get out, followed by cameras as they "worked" the area for an hour or so. Then, they would disappear as fast as they had appeared and we would be left with all of the work. A couple of days later, you would see the footage shot packaged into a fundraising video, that made it look like that organization did all of the work, when they had actually done hardly anything. 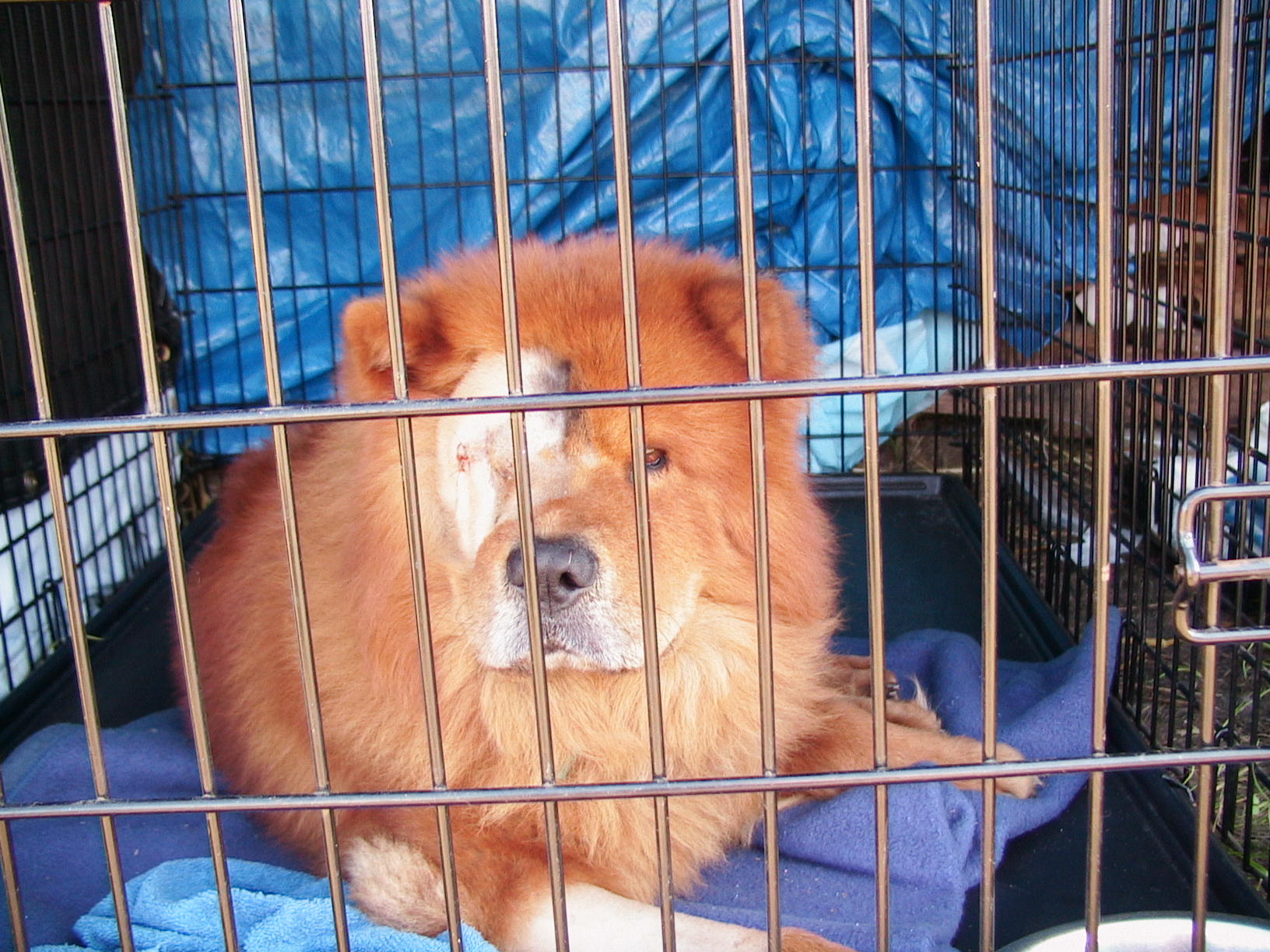 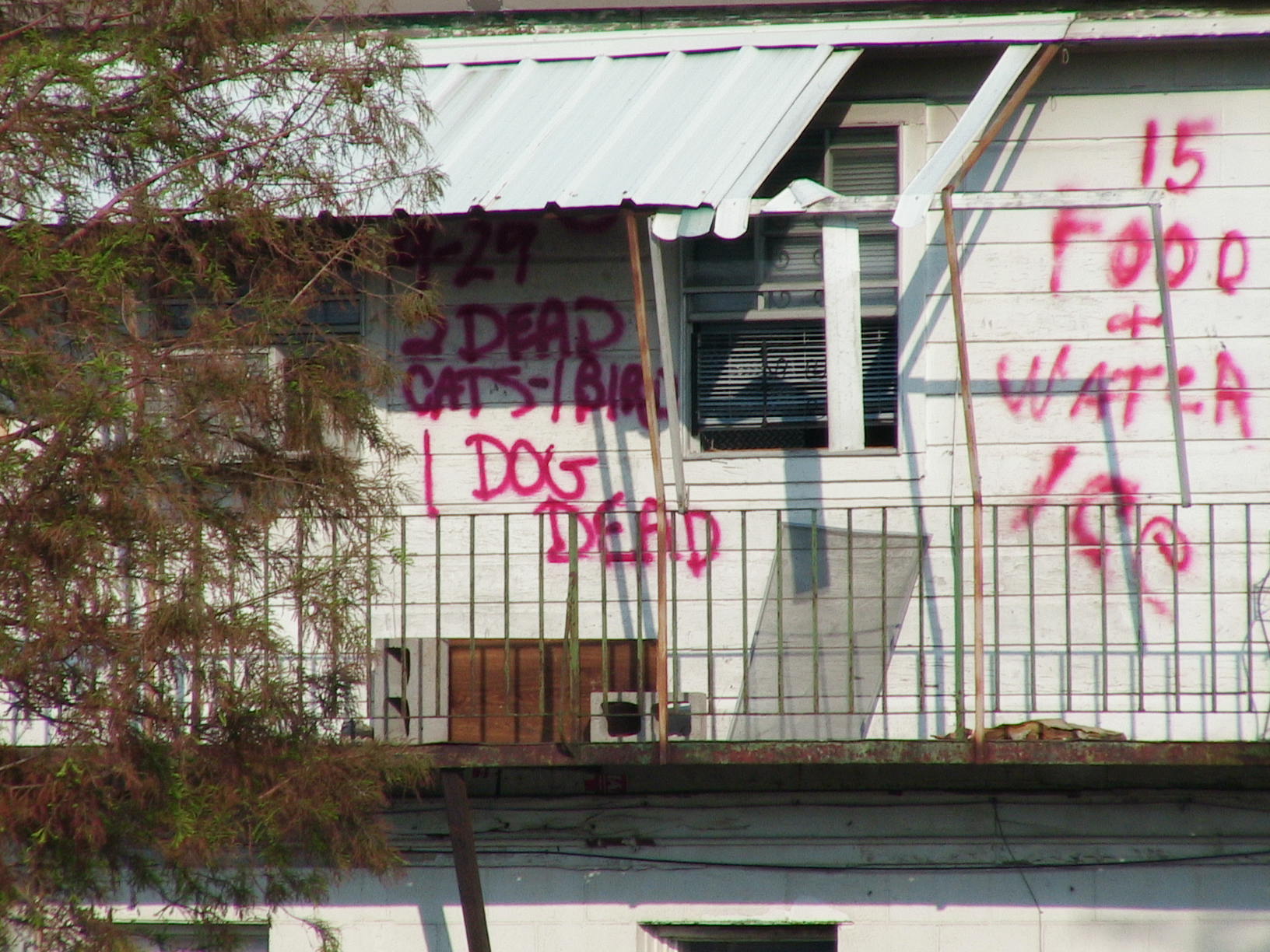 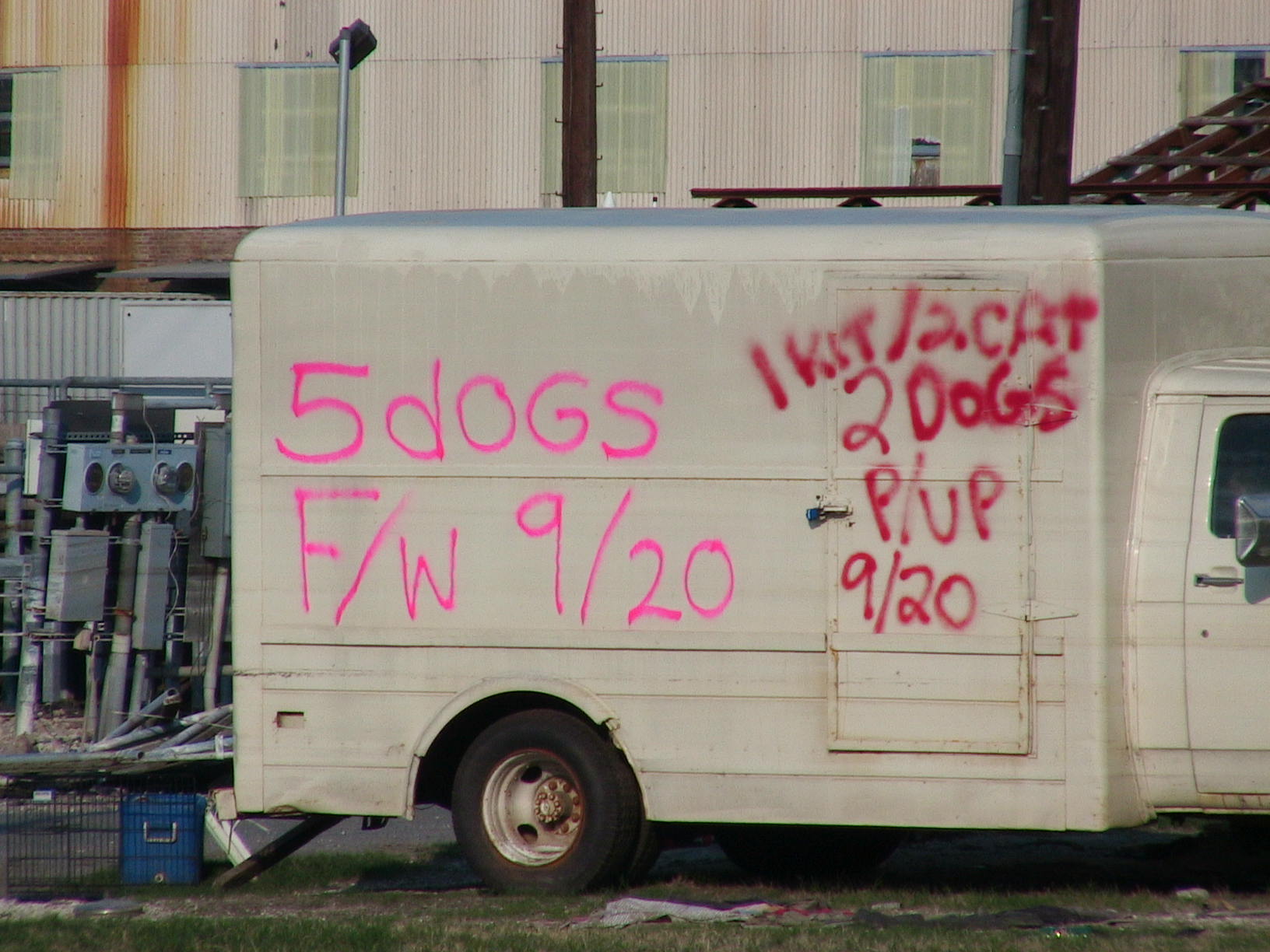 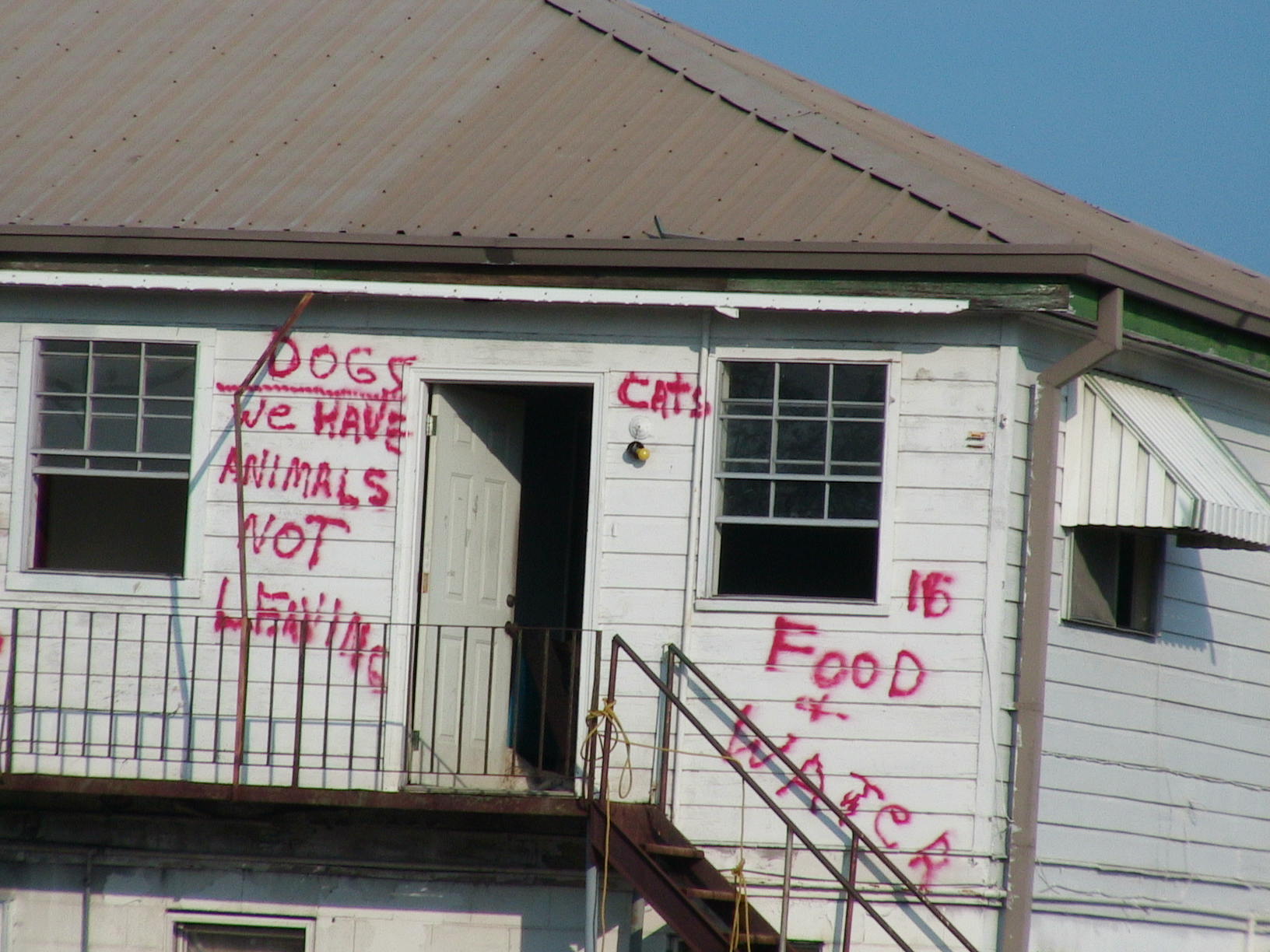 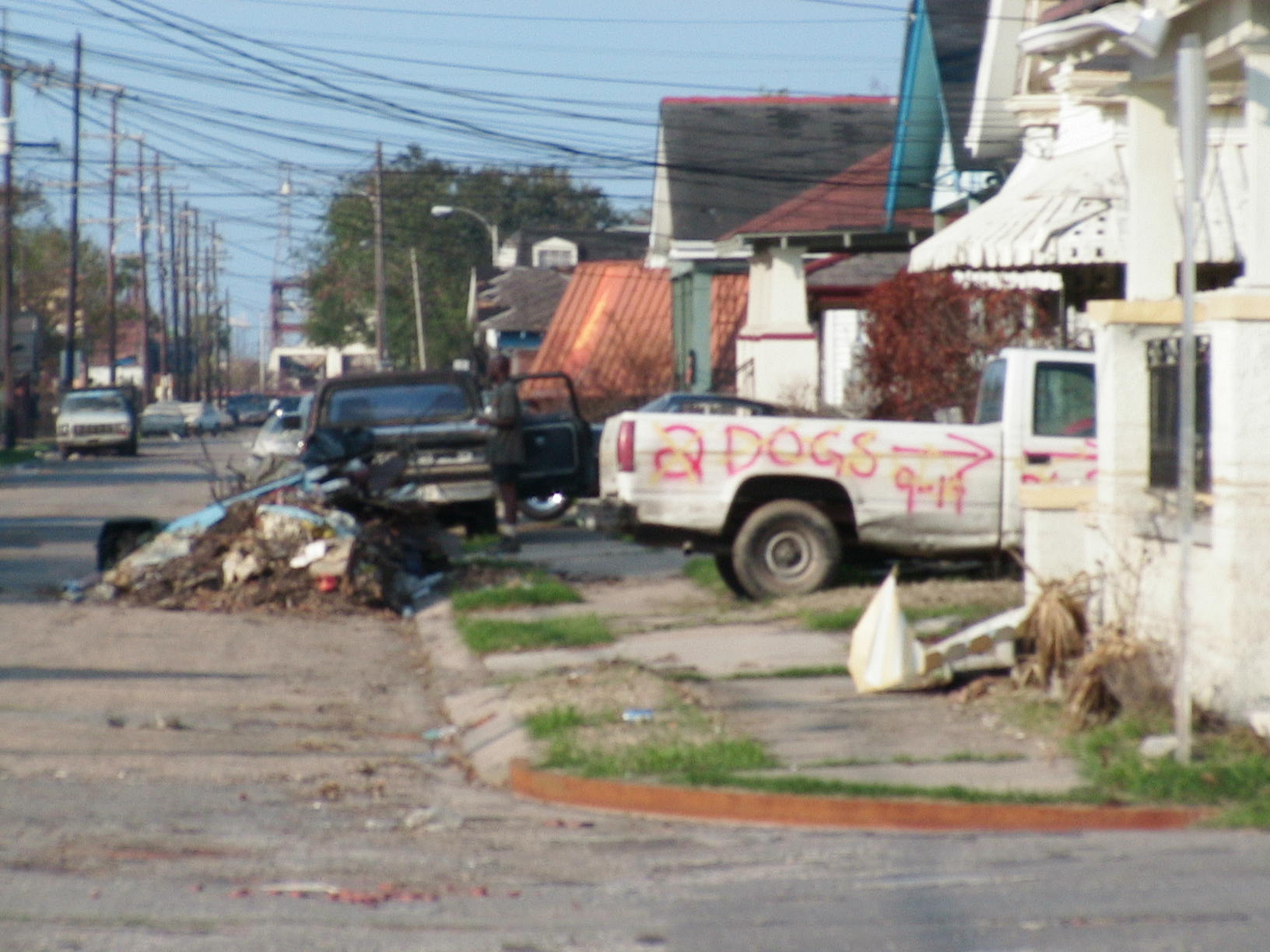 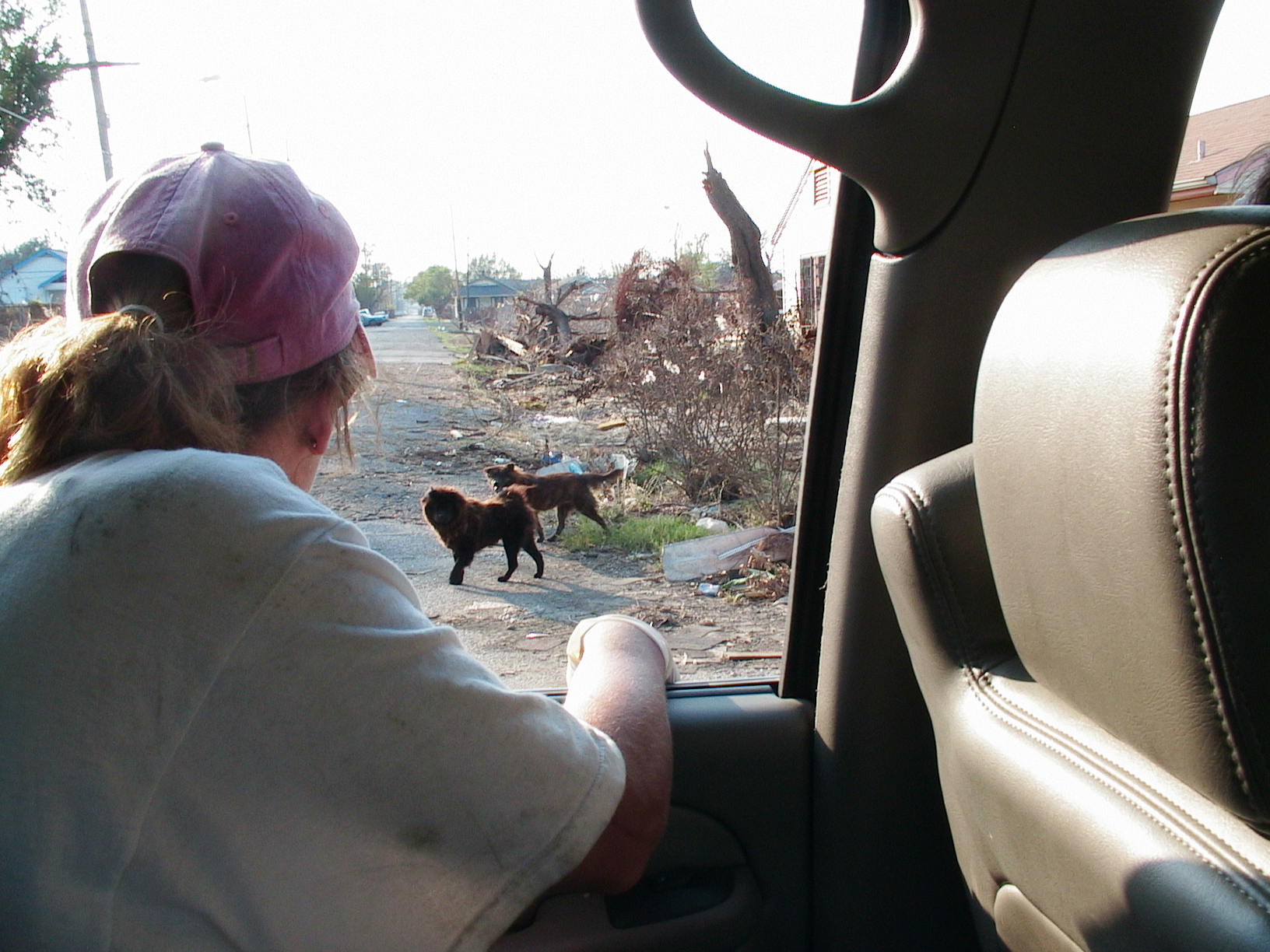 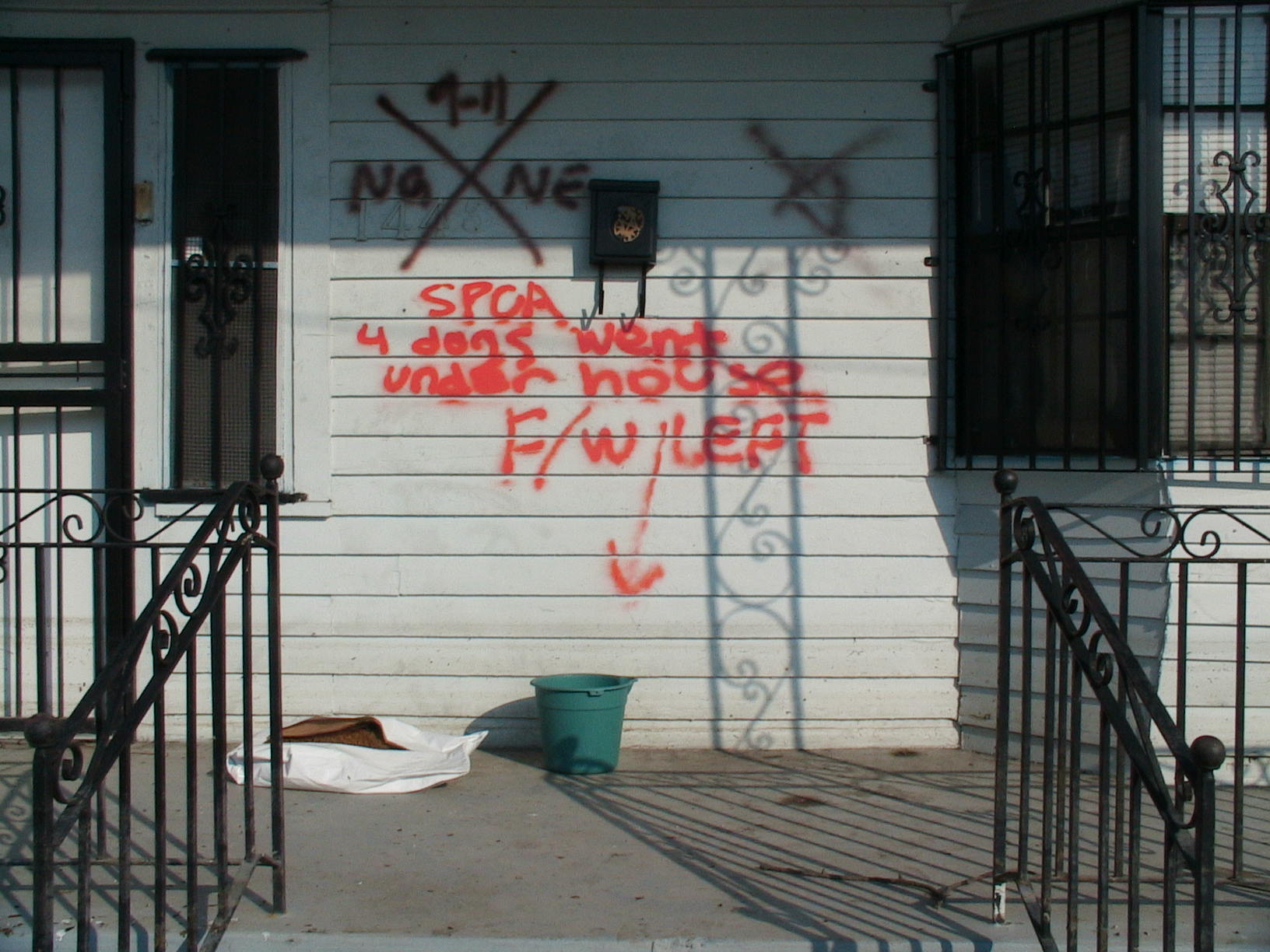 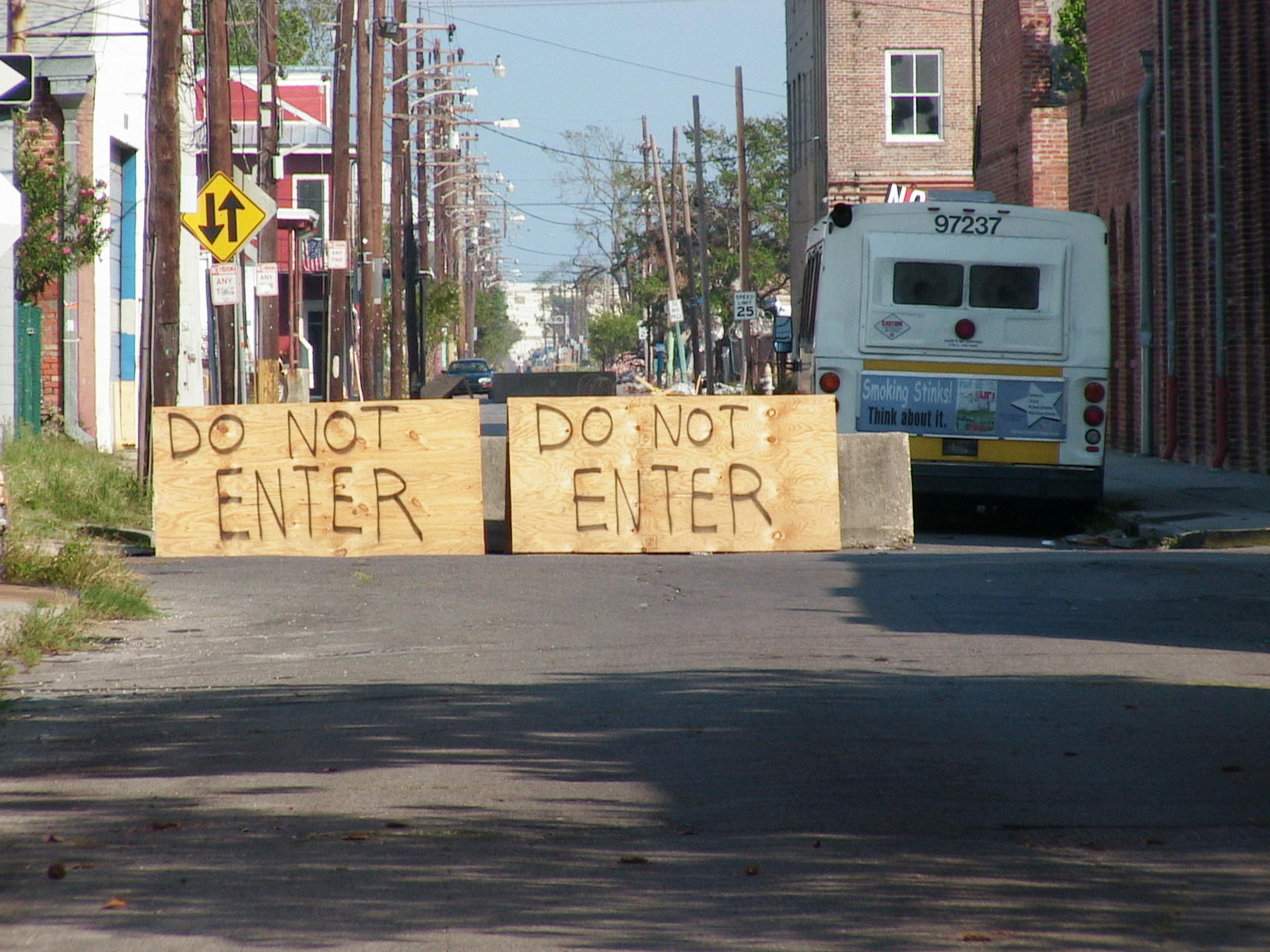 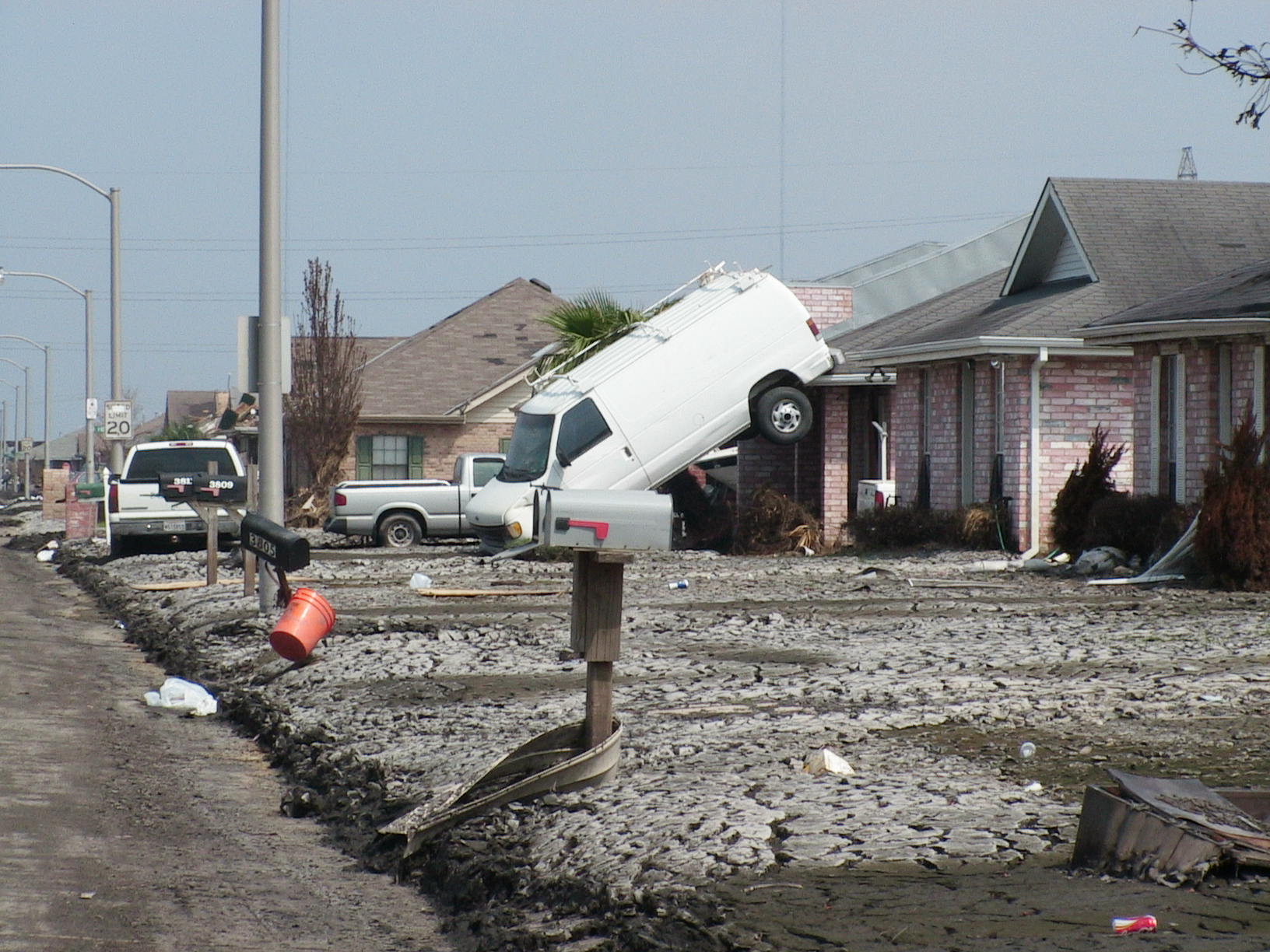 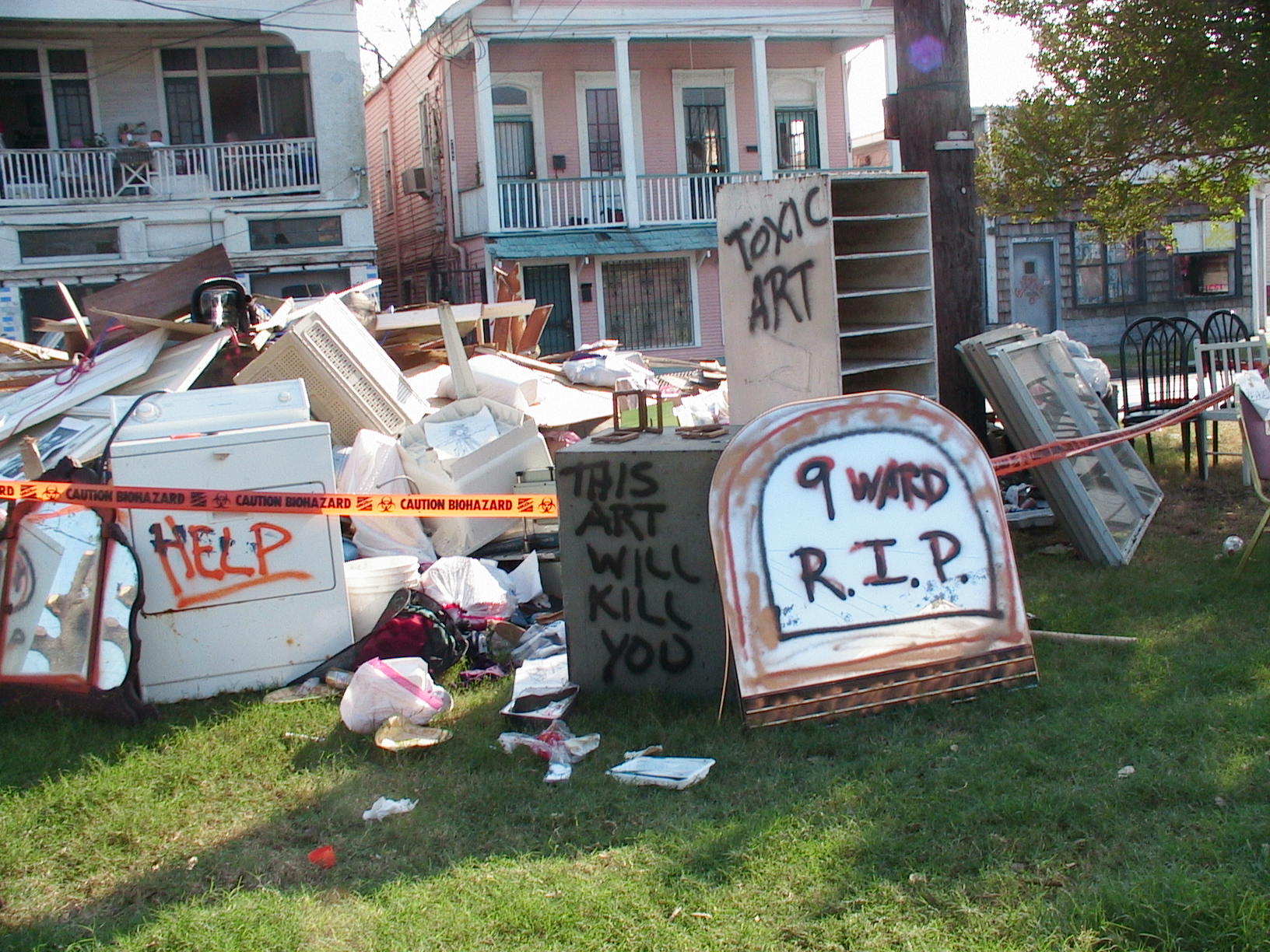 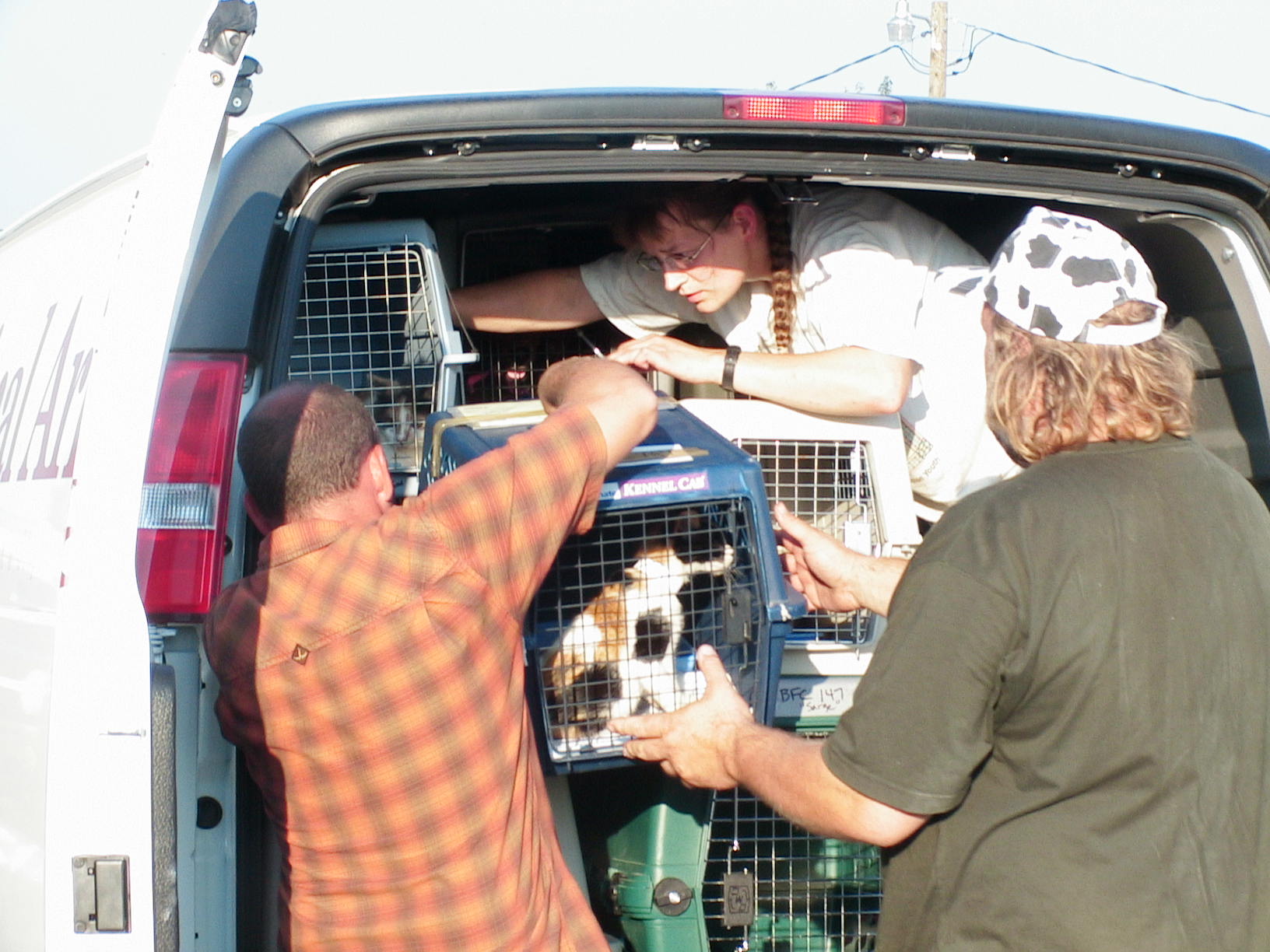 Fortunately, some things have changed since Katrina, the most important being the passage of the PETS Act, which requires emergency agencies, like FEMA, and others responding to disasters, to accommodate peoples' pets. That was not the law during Katrina where emergency responders frequently forced people, sometimes at gun-point, to leave their pets behind when evacuating. That was a practice that did not just cost pets their lives, it cost people their lives, too. For more on that, read my tribute to Goldie, a Katrina foster we took into our house, and David, his human "dad" who lost everything.

One thing that has not changed, however, is the fact that opportunistic people and organizations are working to make the most out of the floods in order to line their own pockets. Without a doubt, the worst offender in that department has got to be People for the Ethical Treatment of Animals (PETA) who has made a big deal out of "rescuing" 60 animals from the Louisiana floods and bringing them back to their Norfolk, Virginia shelter, which has maintained a kill rate of about 90% for years.

Beyond a doubt charitable giving during a time of disaster is essential. However, giving to the wrong agency can mean your money is not being used in the way that you think. Follow these tips to help make sure you are giving to a trustworthy agency.

Following these simple guidelines can help you make sure you are not enabling a disaster profiteer.

Boots on the Ground Extra: How racism intersects with BSL and animal control

Tonight is the night! Boots on the Ground: The Twin Cities No Kill Story Premiere

Boots on the Ground: The Twin Cities No Kill Story Premiere