Advocate: 'It is really sad they never tried this hard to save lives'

In Pueblo, Colorado, the old guard has tried desperately to cling to power as the No Kill timeline kept moving forward. There is much we can learn from this. 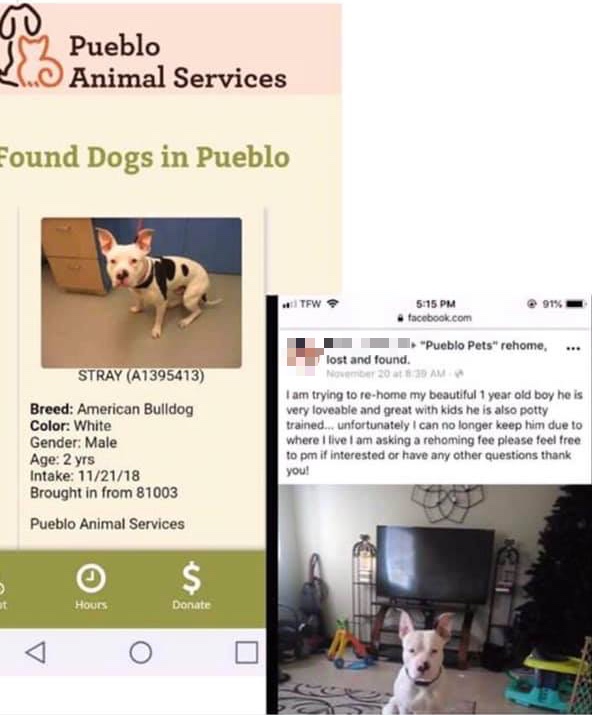 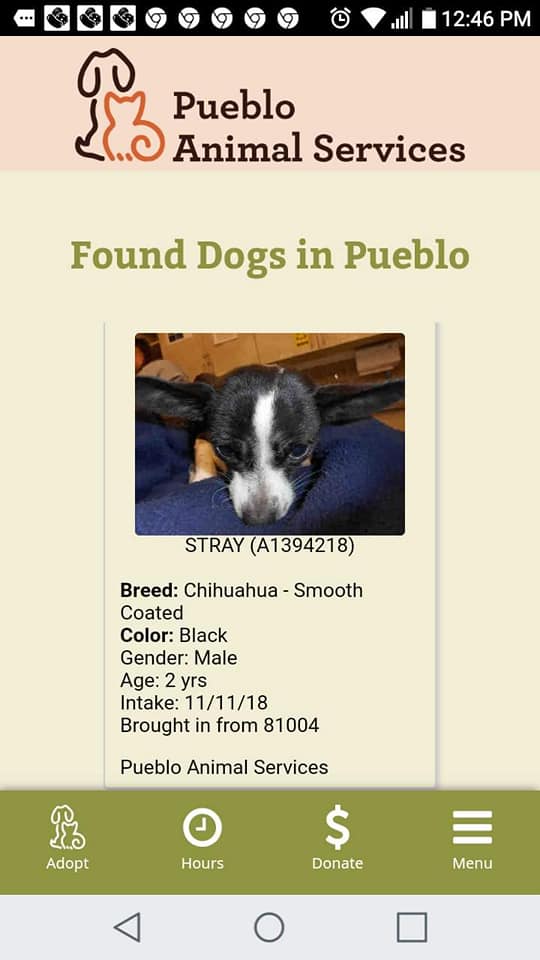 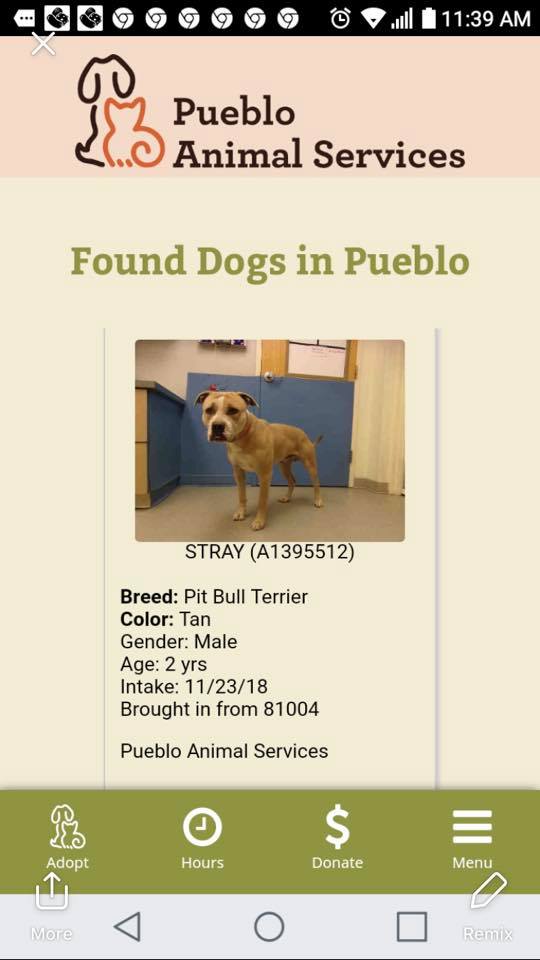 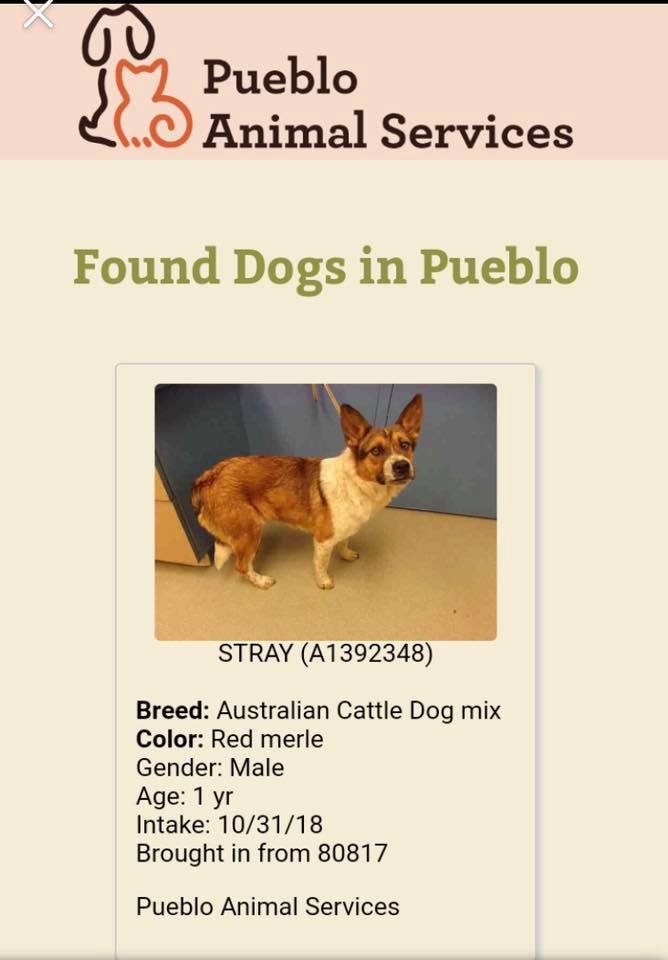 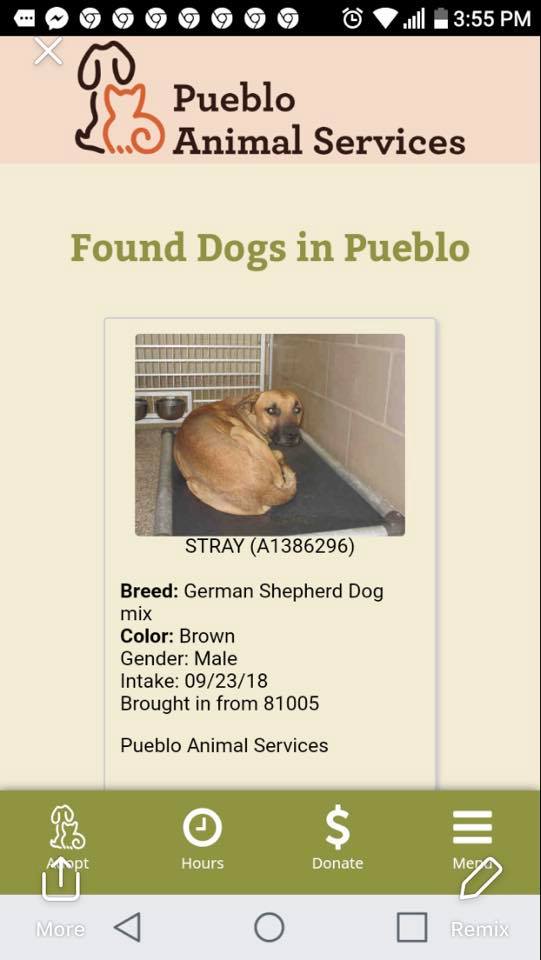 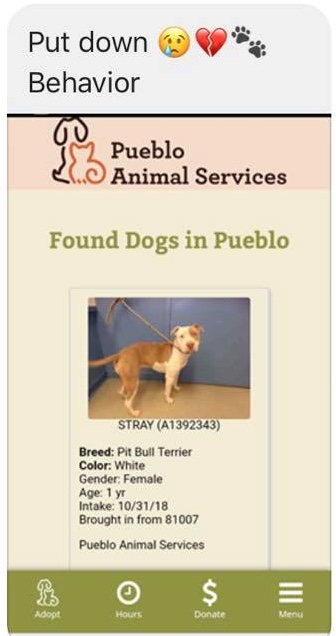 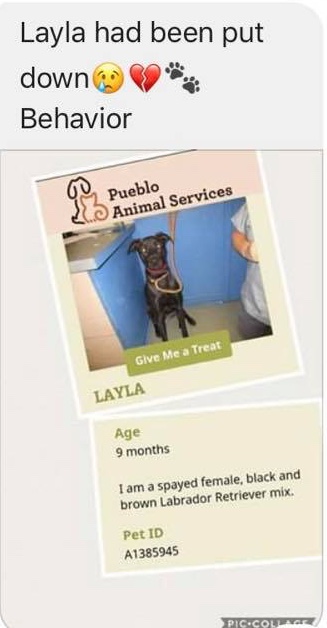 On Monday, December 3, 2018 the City Council of Pueblo, Colorado voted to award a 3-year contract to Paws for Life, a No Kill animal shelter, to run the City's animal shelter and animal control operations. Prior to the vote, the Humane Society of Pikes Peak Region had held the contract for about 18 years. What prompted the City to choose a different vendor and what has happened since are worth examining, because, as I recently explained in a presentation I gave in Pueblo, community transitions to No Kill follow a standard archetype. Understanding can help advocates on other communities to reform their own shelters. While the people, personalities and politics may all be unique and different in their own ways in different communities, at the macro level, they are all identical.

To-date, about 140 communities have made the transition to No Kill. And, because some of those communities are counties, there are now about 500 cities in the USA that are No Kill.

Much can be learned from examining these transitions. However, because Pueblo is currently in the final period of the move from the past to No Kill, the history is fresh and present day events can shed much light on the transition process.

The following slide from my presentation shows the transition timeline well. I break it down into three phases, moving from the past through the information, awareness and decision stages to No Kill.

To fully appreciate each step in this transition archetype, it is important to understand the history of animal control and animal sheltering in the USA, which was best described in Nathan Winograd's Book Redemption: The Myth of Pet Overpopulation and the No Kill Revolution in America. The short version goes something like this:

Animal Control as it has been known for a couple of hundred years began almost exclusively as a rabies control effort. Stray animals would be rounded up, housed in terrible conditions, and large numbers of them would be killed, often in cruel, barbaric and inhumane ways. When I entered the discussion of sheltering, nonprofit animal "shelters" in my community were using decompression chambers to suffocate animals en-mass.

Non profits took over the job of killing animals in order to secure relatively lucrative contracts with their local governments, their arguments being that they could kill the animals more humanely than what the government had been doing. Very simplistically, they began killing based on the false assumption that the killing was necessary and they could do it better.

But, of course, they didn't always do it better or more humanely, and the negative consequences that resulted from "humane" organizations taking over the killing were many. Most importantly it caused them to abandon their roles as watchdogs over their local poundmasters. The killing was largely pushed out of the public eye and it has continued till today, with many "animal protection" or "animal welfare" or even "animal rights" organizations building large bank accounts based on a very broken model of animal sheltering.

Communities that have made the transition to No Kill owe their status to the concerted efforts of local, private advocates who, for one reason or another, became aware of this dark side of the animal sheltering industry. More importantly, they were the kind of people who were incapable of walking away from what they had discovered. Instead of walking away from the issue, they took it on, often times in very public ways. They wrote letters to the editors of their local papers. They set up web sites and social media pages. They worked to engage their communities in an open discussion about whether or not their local shelter (government or private run) should be in the business of killing and disposing of healthy or treatable pets.

These advocates and their efforts initiate and continue the Information Stage of the transition, much to the chagrin of the shelters involved, as well as the boards or government agencies that oversee them.

Of the three stages in the transition to No Kill, the Information Stage is the most difficult. The term "shoot the messenger" comes to mind. And, for all of the reasons the term "shoot the messenger" is a thing, the advocates who (for no benefit of their own) bring this topic to light usually become the targets of those working to perpetuate the status quo. They are called "divisive," "mean," "bullies" and worse. It should be pointed out that there is no "nice" way to point out that the animal shelter is needlessly killing animals.

Some people, understandably, shrink away when they attract the ire of the establishment. In the communities where No Kill has become a reality, there were people who did not. They continued their efforts to inform people about the issues in spite of the hostility directed at them. In some cases the attacks on them even empowered them to keep going. In either case, bringing the information about what is happening at the shelter eventually creates a broader movement. The information begins to gel into a broader awareness or understanding, which is when the Awareness Stage sets in.

The Awareness Stage of the transition is marked by a relatively broad understanding that healthy and treatable animals are being killed at the shelter, combined with a realization that the killing is not necessary. It is also signaled by key decision makers joining the conversation in meaningful ways. Once that happens, it is just a matter of time before No Kill becomes a reality, and the reason that is true is really simple: People do not want animal shelters to needlessly kill animals. As a result, as the awareness that killing healthy and treatable animals is unnecessary takes hold, the discussion inevitably builds to a tipping point where a decision has to be made to do something different.

The longer and louder the conversation about shelter operations continues in a community, the more inevitable it becomes that a decision will be made to go No Kill. Once that decision is made, No Kill is usually achieved almost instantly. The examples of this happening are everywhere.

In Austin, Texas, in late October of 2010 I stood in front of an audience (see photo at right) and predicted that Austin, Texas would become a No Kill community, and that it was going to happen much faster than anyone in the room believed possible. By the end of November that same year the City announced its first month with a Live Release Rate (LRR) in excess of 90% and it has stayed there ever since.

I was able to accurately make that prediction not because I am psychic. Instead, I understood that once resistance to No Kill is removed, it happens very fast. When I addressed the people in Austin, they had recently reassigned the shelter director, who had been the source of primary resistance to the embrace of No Kill. Once she was gone, No Kill was inevitable, and I would argue unstoppable. The City of Austin actually achieved No Kill before her replacement was even selected, and with no increase in budget and with no big strategic plans being written.

In Lake County, Florida, I and others described the process as being like turning on a light switch. And, it was. On January 15, 2017 the Lake County Sheriff's office handed the keys to the shelter over to the Lake County Board of County Commissioners and a healthy or treatable animal has not been killed there ever since. It is important to remember, however, that people with Shelter Reform for Lake County had spent five years calling out the killing that had been taking place, demanding change and lobbying county commissioners in order to bring about the decision to go No Kill.

The hardest part of getting to No Kill is, therefore, all of the work done by the advocates in the information stage of the transition. In Lake County and Austin, and every other community I have followed, that process can take years, and the tireless work they do gives the advocates doing the hard work no financial reward.

In Pueblo, the advocates showed up in the form of Reform Pueblo Animal Services and No Kill Colorado, who took their information campaign to the public, to City and County officials, and 20 months later, the City and County voted to turn the municipal animal shelter over to a No Kill organization, after passing a comprehensive ordinance that mandates the shelter operate as a No Kill facility. In doing so, they took the contract away from the Humane Society of Pikes Peak Region (HSPPR), who had run the shelter for about 20 years, maintaining one of the poorest LRR of shelters in the state.

Watching the public interactions between the various players in the nearly 2-year struggle in Pueblo has been fascinating. The part I have found most interesting has been the behavior of the current contractor, which has resisted offers of help saving animals, and, most disturbingly, seems to have gone on a dog killing spree leading up the the final City and County votes on the animal control contract. The photo gallery at the top of this blog post shows some of the dogs killed by HSPPR shortly before the votes were to take place. They also repeatedly claimed to not have enough money to save more lives, even though their finances show about $1 million in annual revenue just from their investment income. Their CEO, Jan McHugh-Smith earns a comfy $200,000 per year salary, plus benefits, including a country club membership and when when bidding on the contract this year, insisted on an annual increase in pay from the City and County of several hundred thousand dollars.

People who watched were often shocked by the behavior of HSPPR. After the City of Pueblo voted to award to contract to PAWS for Life, HSPPR promoted a petition to try to reverse the decision, but still refused to do what the community wants: embrace No Kill.

Instead, they seemed to react with emotion about the thought of losing the contract. They shared a long string of stories of animals they had saved over the years. They pulled out all of the stops trying to hold the reigns of power, causing one advocate to tweet, "It is really sad they never tried this hard to save lives."

In the long run, all of the resisters to No Kill will go the way of the former director in Austin and of HSPPR in Pueblo. Because of their resistance, they will be pushed aside to make room for animal shelters that don't kill as a means to manage their populations.

The real message from Pueblo advocates to the old-school shelters entrenched in the out-of-date ways of operating is clear and simple: change or get out of the way.

Boots on the Ground Extra: How racism intersects with BSL and animal control

Tonight is the night! Boots on the Ground: The Twin Cities No Kill Story Premiere

Boots on the Ground: The Twin Cities No Kill Story Premiere